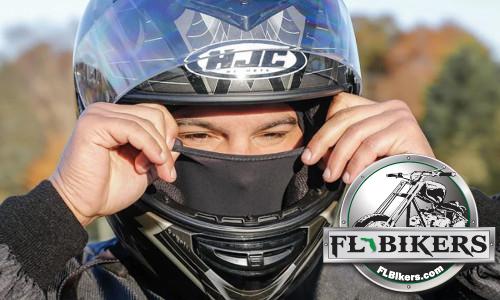 The History of the Motorcycle Helmet

The Helmet’s History at a Glance

1885: the first motorcycle with a petrol-powered engine is invented

1914: the first motorcycle helmet is invented in Britain and required to participate in Isle of Man TT

1941: US army requires use of motorcycle helmets

1967: The full-face helmet makes its debut at the Grand Prix

It wasn’t until 29 years after the creation of the first petrol-powered motorcycle that someone thought it might be a good idea to wear some protection on these new machines that were only getting faster and more powerful with every year.

The person to suggest wearing helmets for safety (and not just as a means of keeping one’s hair in place)? A British physicist by the name of Eric Gardner. Dr. Gardner had seen more patients than he could count for head injuries as a result of getting into motorcycle accidents. Although he was onto something, the first helmet prototypes (which were made of leather and cork) provided only slight protection from crashes and other accidents that the reckless, dare-devil riders of the early 1900’s were getting themselves into.

Even though the first helmet was invented in 1914, many riders were choosing not to use them. They didn’t see the point and didn’t like how they looked. But public opinion changed after the death of T.E. Lawrence, aka Laurence of Arabia. Lawrence died in a motorcycle crash in the English countryside, and the physicians who attended him noted that, had he been wearing a helmet, he might have survived.

Hearing this, people were more likely to jump on the helmet bandwagon.

1953 was a big year for the helmet. Not only did the British army make helmets mandatory within their ranks, but across the pond at the University of Southern California, Professor C.F. Lombard was finishing up his design of the first ever shock-absorbing motorcycle helmet. Unlike the leather, rubber, and cork helmets of the past, Lombard’s design incorporated a hard outer shell and two inner layers of padding to absorb the shock of any blow and also improve rider comfort.

Lombard’s design was a turning point for the helmet industry. The design sparked market interest, and several companies, including the well-known Bell, began to manufacture helmets for motorcyclists and sell them on a mass scale.

The very next year, the Italian brand AGV designed the first ever fibre-shell helmet (which is still used in many helmets today). Two years later, genius struck the Italian company again and they introduced a helmet with a wraparound design that mimicked the helmets worn by fighter jet pilots of the day. It wasn’t yet a full-face helmet, but it became clear that was where the helmet was headed.

As companies like Bell worked on manufacturing and marketing the helmet to consumers through the 50s and 60s, organizations like Snell and the US Department of Transportation focused on the safety side of things. Founded in 1957, Snell set the standards for safety requirements for helmets, and in 1966, Congress passed the US Highway Safety Act, requiring states to mandate helmet laws or forfeit federal funding for highway development.

While well-intentioned, this law didn’t last long. By 1975, congress revoked the Safety Act and more than half of the 47 states that had implemented helmet laws removed them from the books.

But it almost didn’t matter. Those 9 years ended up being enough to normalize the use of helmets among riders and helmets grew exponentially in popularity as the companies that manufactured them continued to improve upon their designs – both for safety and style.

1967 saw the first full-face helmet used in racing, with Italian rider Giacomo Agostini wearing one to compete in the Grand Prix. And in 1968, Bell introduced its still-popular full-face Bell Star model helmet.

Shoei burst onto the scene in the 80s with a helmet made of both carbon and Kevlar, the first of its kind to use both types in their design. Since the 80s, the helmets developed more in style until the tech boom of the early 2000s. Once technology started to be incorporated into helmet design, in addition to style and safety, riders began to choose helmet based on their functionality (Bluetooth capabilities, built-in speakers, GPS, and even emergency responder contact upon impact).

Do you have any guesses about the design of motorcycle helmets in the future? What do you imagine riders in 50 years will want/need from a helmet? Go ahead and throw your guesses in the comment section below.