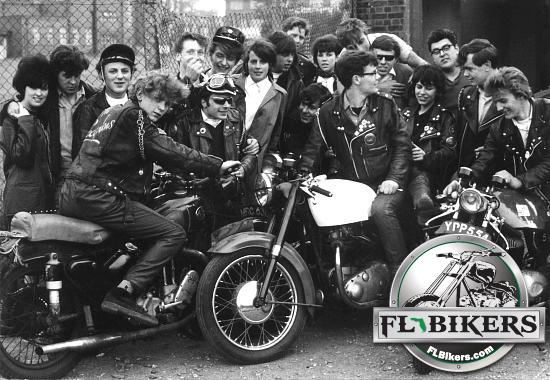 Everything You Need to Know About Ace Café Orlando

First things first, if you’ve never heard of Ace Café before or, at least, never been inside, you’ll want to know that the Orlando location isn’t the first. In fact, Ace Café isn’t even an American establishment.

The first Ace Café opened in 1938 just outside of London, England. Its roots were humble though – nothing like what we know and love today. Back then, it was only a simple roadside café that catered to travelers, which at the time primarily meant truckers.

But as motorcycles became more and more popular across the pond, this small roadside café began attracting a new type of clientele, and motorcyclists far outnumbered the truckers who stopped here after only a few years.

After the war, disillusioned men returned home and turned to two things for comfort from the horrors they’d been exposed to: motorcycles and Rock n’ Roll.

Although the original Ace Café was damaged during the war, it was rebuilt in 1949 and once again became the go-to haunt for bikers and truckers alike.

Since Rock n’ Roll was too obscene for radio of the stations at the time to play on air, the only places people could go to hear it were fairgrounds and jukeboxes at roadside cafes like Ace.

It was here at Ace that ‘Record Races’ got their start. Bikers at Ace would challenge one another to a race that required them to drop a coin straight into the slot of the jukebox and then race to a given point and back before the record finished. The races were thrilling and a great way for young bikers to show off their skills.

For its ‘greasy spoon’ food and its Rock n’ Roll atmosphere, Ace was making a name for itself among those in the know, and eventually became the backdrop for Sidney Furie’s 1963 film The Leather Boys. The actors in the film credit the café’s customer with helping to make their portrayals seem more realistic, as the guys who frequented the café weren’t shy when it came to voicing their opinions on everything from the way the actors were dressed to how they were standing. Many of the café’s first customers went on to gain a certain level of fame on their own by starting Rock n’ Roll bands and well-known motorcycle clubs.

Although the original café closed its doors in 1969, the biker community in England banded together to reopen it and return it to its former glory, and in 2001 they saw their dream accomplished. So, the original London location is open and available to visit if you ever find yourself traveling across the pond.

Because of the massive motorcycle community in Florida, the owners of Ace Café brought the well-known brand to Orlando in 2017. It was the café’s first North American location (although 6th total throughout the world, and doors officially opened to the public on May 19.

Although the name, aesthetic, and dedication to its roots remain the same, the similarities stop there. The Orlando Ace Café is more than 5x the size of its English predecessor. At 35,000 sq. ft. Ace Café in Orlando is so much more than just a roadside café. The building spans two full floors and features a full-service restaurant, two kitchens, four bars, a coffee bar, a communal counter, a mezzanine that overlooks the main floor dining area and performance stage, several private and semi-private spaces for group events, and a full retail section that caters entirely to automotive afficionados.

While the main store is Ace’s own Rockers Speed shop (which sells official branded Ace gear and apparel), they also have a BMW motorcycle dealer, a Dainese store, an EagleRider motorcycle rental company, a Stonebridge Motor Gallery (which sells original motorcycle and Rock n’ Roll inspired artwork and memorabilia of all kinds, as well as vintage and rare custom motorcycles).

At this point, it should come as no surprise to anyone that Ace is one of the preeminent destinations for all things moto in the Orlando area. And true to its trucker roots, they welcome automobile lovers of all kinds. The café hosts a bike night every Thursday for the local motorcycle community, but they also regularly put on events for the different kinds of car lover in the area as well. Within the past few months alone they’ve hosted a Mini Cooper night, a Toyota night, a BMW night, a Porsche night, a supercar night, a Jeep night, a “Euro” night, and a Mercedes night.

And the café is welcoming of all genders, they host several events just for the ladies throughout the year, even partnering with female-only motorcycle club “Leather and Lace” to put on an event for female riders.

If you want to see a full run-down of all upcoming events at the café, click here. Also, they’re pretty proud of the new pool room they added to their line-up of entertainment offerings last year, so be sure to check that out if you ever stop by on a ride.

Even if you’re not in the Orlando area, it’s worth the drive up just to attend one of the events. They’re always incredible and they’re always 100% true to their “trucker & biker, Rock n’ Roll, beer and good food” roots.