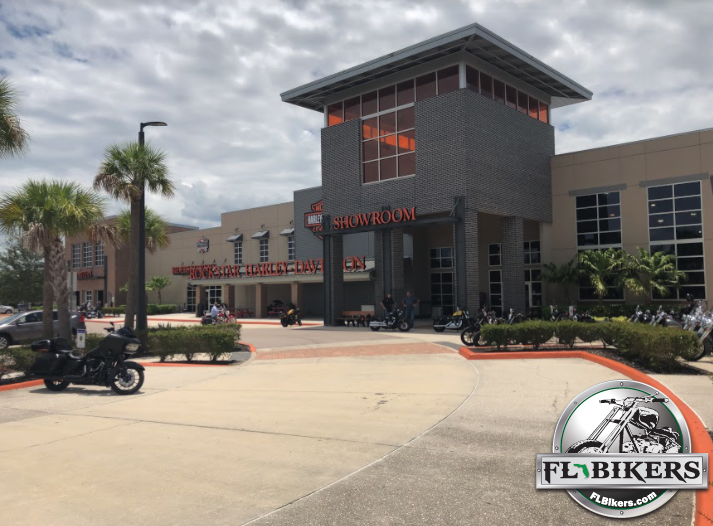 We reached out to the guys over at Rockstar Harley-Davidson to get their take on what they expect to see from the brand coming into 2022 and what events they have planned, as well ask how COVID has impacted dealerships in the last year and a half.

The one thing AJ – our contact over at Rockstar – couldn’t reiterate enough was just how grateful he was to be operating a dealership in Florida. According to him, Florida wasn’t as bad as some other states that were stricter with COVID regulations, mandates, and shut downs over the last year. Unlike some other dealerships throughout the country, Rockstar was able to operate as normal for most of the year.

Unfortunately, though, the true wasn’t the same for some of the brand’s manufacturers. While the dealership itself was able to stay open for most of the pandemic, they’ve been experiencing serious supply chain issues. A lot of parts that customers need are on back order and they’re going through some inventory shortages, making it that much tougher for the average American to get their hands on a Harley.

While Rockstar noticed a slight dip in sales in the past year, AJ emphasized that it wasn’t anything too drastic. Nothing like what he assumes dealers in stricter states are dealing with. And thankfully, they saw a bump in sales in the month after people received their economic impact payments from the Federal Government.

So there have been some lows, but also some highs as well. And no matter what was taking place in the last year and a half, the future is looking bright.

According to AJ’s insider knowledge, we should expect to see the brand moving in a slightly different direction than it has in the past. Harley-Davidson wants to start appealing to younger generations, and we’ll see this reflected in the new styles of bike they’re releasing.

There’s more adventure bikes coming our way, like the Pan America, for riders who are looking to spend some time off-road. They’ll also be releasing an upgraded Sportster S coming into 2022. Harley is picking up where Indian started with their Revolution Max 1,250cc V-Twin, Liquid-Cooled engine, which is vastly different than the Big Twin that Harley is known for.

Plus, as we’ve spoken about on the blog before, Harley’s starting to lean into their line of electric-powered motorcycles and bikes, both the LiveWire and the Serial 1 are seeing a good amount of press from the company.

In short, Harley is clearly trying to appeal to younger generations while staying true to the brand it has created over the years that so many people know and love so well. Only time will tell if they’re able to toe the line as well as they hope.

Before the pandemic hit, Rockstar Harley-Davidson graciously offered to take over the Fort Myers Biker Night once the River Alliance decided that it could no longer be safely held downtown. Because of how many people were showing up, it became a serious safety hazards as the city feared that emergency vehicles, such as ambulances, firetrucks, and police wouldn’t be able to navigate the streets as needed in the event of an emergency.

This upset just about everyone in the biker community, but while most people were focused on complaining about the problem, Rockstar Harley-Davidson offered a solution. They would host the Fort Myers Biker Night at their dealership. This was met with mixed feelings at first, but with time it seems like it will become a good fit.

In addition to taking over the Fort Myers Biker Night, Rockstar is looking forward to hosting their annual Bike Fest again in 2022. One of the few instances in which COVID negatively impacted the business was in their being forced to cancel that event earlier this year.

Because of the frustrations felt throughout the biker community – both nationally and in Florida – they expect 2022 to be a rocking year for events, as bikers from all over are itching for things to go back to normal.

If you’ve never been to Rockstar’s annual Bike Fest, mark it on your calendar for March because AJ let us know that they plan on going all out to make up for having to cancel it this year. They’ll have the usual – vendors, food, drinks, beer, live music, etc. – but they’re also going the extra mile by hiring stunt riders to perform Evil Knievel level acts in the field next to the dealership.

If you’re looking to attend an event sooner than March, be sure to check out their events page. It looks like they’re doing an open house on the 25th of this month where you can get a free bikini bike wash, and then another event on the 30th with free beer, pizza, games, and prizes.

It looks like there’s going to be a lot going on at Rockstar Harley-Davidson in the next couple months, so be sure to stop by and check it out.