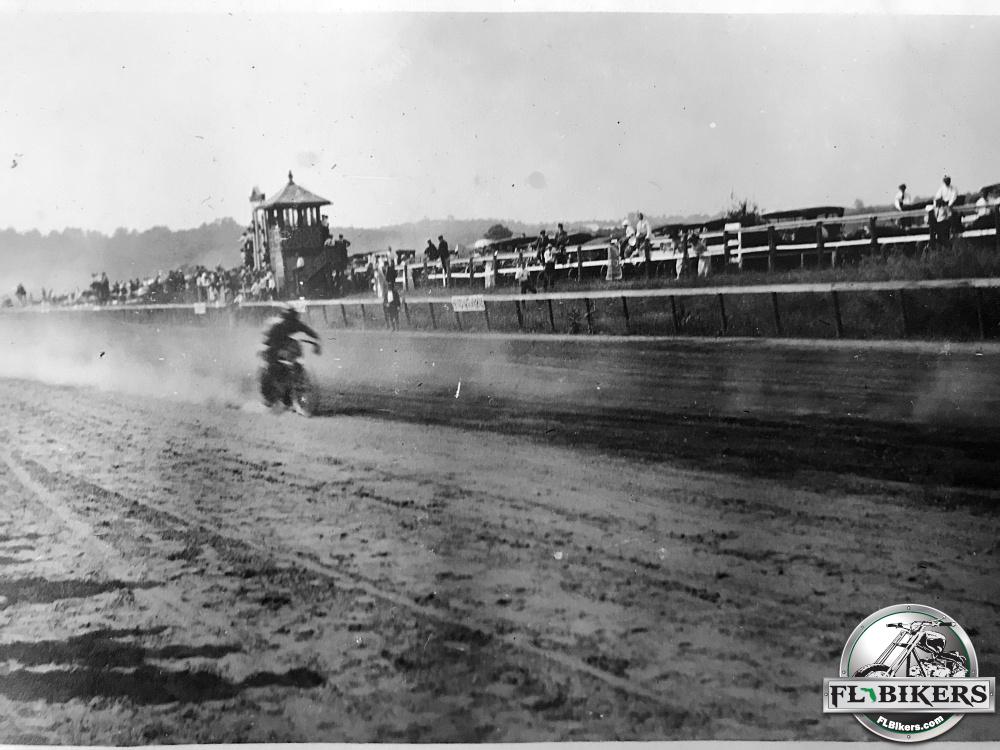 A History of Motorcycle Gear

A lot has changed in the world of motorcycles since the first ever motorcycle was invented in 1885, but while the bikes themselves have seen their fair share of changes throughout the years as technology has become more advanced, the gear we wear has also changed just as – if not more – dramatically. As much as the bikes we ride, the gear we choose to wear on our rides (helmet or no helmet, open-face or full-face, leather jacket or vest, no jacket) says just as much about what kind of biker we are and what are values are as anything else. You wouldn’t look at someone riding a CVO Softail and someone riding a Ninja600 and think they were the same kind of biker. In fact, for those of us in the know, the only thing those two riders have in common is that they’re on 2 wheels.

And the same goes for gear. But while we know the differences nowadays and what they mean, it’s interesting to take a look back on what motorcyclists have been wearing throughout the past century to see how we got where we are today.

Back when motorcycle were considered the height of luxury, only the wealthiest of the wealthy could afford to own them. And since it was only the hoity-toits of society taking their bikes out for a spin, it shouldn’t come as any surprise that the “go to” outfit for motorcyclists in the early days was a standard tweed suit paired with full-length boots to protect the rider’s feet.

It was the police and military riders of motorcycles who established the flat cap & gauntlet glove trend. The motorcycles they rode were faster than their predecessors, so they needed slightly more protection. The gauntlet gloves kept their hands safe in case they went down and also blocked the wind. Although less for protective measures, and more to complete the ensemble, flat caps were commonly worn by cops and couriers who rode motorcycles.

During this time, the motorcycle moved from the countryside to the race track and Harley-Davidson was the brand that brought us the competition sweater – a staple of any racer worth his salt. The sweater was thick to offer the rider protection in case of a tumble, and fit snugly to reduce drag. They were typically made of wool and died bright colors with the brand or club’s name of the rider embroidered on in felt letters.

In 1928, Irving Schott, created the first leather jacket specifically for motorcycling in his workspace in New York City. He named it after his favorite cigar, the Perfecto, and sold it for $5.50. I don’t think he could ever have imagined that his black leather jacket would stand the test of time and still be as synonymous with motorcycle riding as the motorcycle itself nearly 100 years later in 2021. It has and still is, a staple in every rider’s closet. Even riders who prefer to go riding in only shirt sleeves will own at least one leather jacket. However, even though the first jacket was created in 1928, it wasn’t until after WWII that the leather jacket really took off, largely due to the rise of motorcycle gangs. These gangs often comprised war veterans who had trouble integrating back into society after the horrors they’d seen and experienced, and preferred instead to spend their time on the open road.

Likely developed sometime in the ‘30s, the engineer boot was manufactured by two well-known companies, Chippewa and West Coast Shoe Company. Originally created for engineers working on America’s railroads, the engineer boot was little more than a stovepipe leg fashioned over an English riding boot, but it did the job. And when motorcyclists took notice of the protection the boots offered, they quickly became a mainstay in of every rider’s wardrobe.

Early riders didn’t wear helmets or any form of protection really. It wasn’t until T.E. Lawrence died in a motorcycle accident in 1935 that helmets (then made of cork or tin) became a common addition to a rider’s gear. While still not legally required for civilians at the time, military riders were mandated to wear a helmet while riding.

Accessories that performed a utilitarian function, such was wallet chains, became more common as motorcycle ownership became more widespread. In the 1950s, riders attached their wallets to chains not for aesthetic purposes, but to protect their money from pickpockets and loss.

While leather jackets work great for protecting your skin from being ripped apart by the asphalt if you fall off the bike, they aren’t the most comfortable clothing choice in hot climates. By this time, Biker Clubs were the leaders of motorcycle culture, and clubs like the Hells Angels popularized the leather vest with their trademark insignia embroidered onto the back. The leather vest is as synonymous with Harley-Davidson riders as steel-toed boots and a no-nonsense, take-no-shit attitude.

Sometime in the 1960s, Roy Richter of Bell Auto Parts designed the first full-face, cork-lined helmet. While some riders today still prefer an open-face helmet (or no helmet at all), the full-face helmet is still the highest rated for safety and protection.

Although not exactly a piece of gear, skulls have been representative of biker culture since Marlon Brando debuted a leather jacket covered in shiny rivets and a large skull across the back with two crossed pistons below it in the move “The Wild One.” Brando played the leader of a biker gang, and you’d still be hard-pressed to find someone who can definitely tell you whether art was imitating life, or life imitating art after the movie released.

In the late 1980’s, W.L. Gore and his colleagues designed the first waterproof membrane for fabric. With this newest advancement in the textile industry, Gore-Tex dominated the motorcycle market, successfully marketing and selling everything from saddle bags and jackets to gloves.

The 90’s were an extremely colorful era in the history of motorcycle gear, and younger riders’ clothing choices especially reflected this, with younger riders choosing to wear neon patches, riding boots, and even attaching large, colorful ‘mohawks’ onto their helmets. We’re not saying it was the best era, but it was without a doubt the most vibrant.

As younger and younger riders started appearing on the scene, the trends in gear shifted to reflect the age and fashion choices of a more youthful generation. Introduced in the 2000s, fluorescent patches not only represented a more distinctive style choice and break from previous trends, they also worked to improve rider visibility at night and help reduce crashes.

The motorcycle community has since become so wide and so varied that it’s hard to pin down exactly one fashion trend to describe the current era. It really all depends on the kind of bike you ride and the circles you ride in. Some pull their inspiration from the 60s, 70s, and 80s, while others are going as colorful with their gear as the bikes themselves. But one thing we can all agree on, is that no matter what bike you ride or what you wear when riding, we owe everything we have to the bikers who came before us and paved the way for the variety of gear we have today.