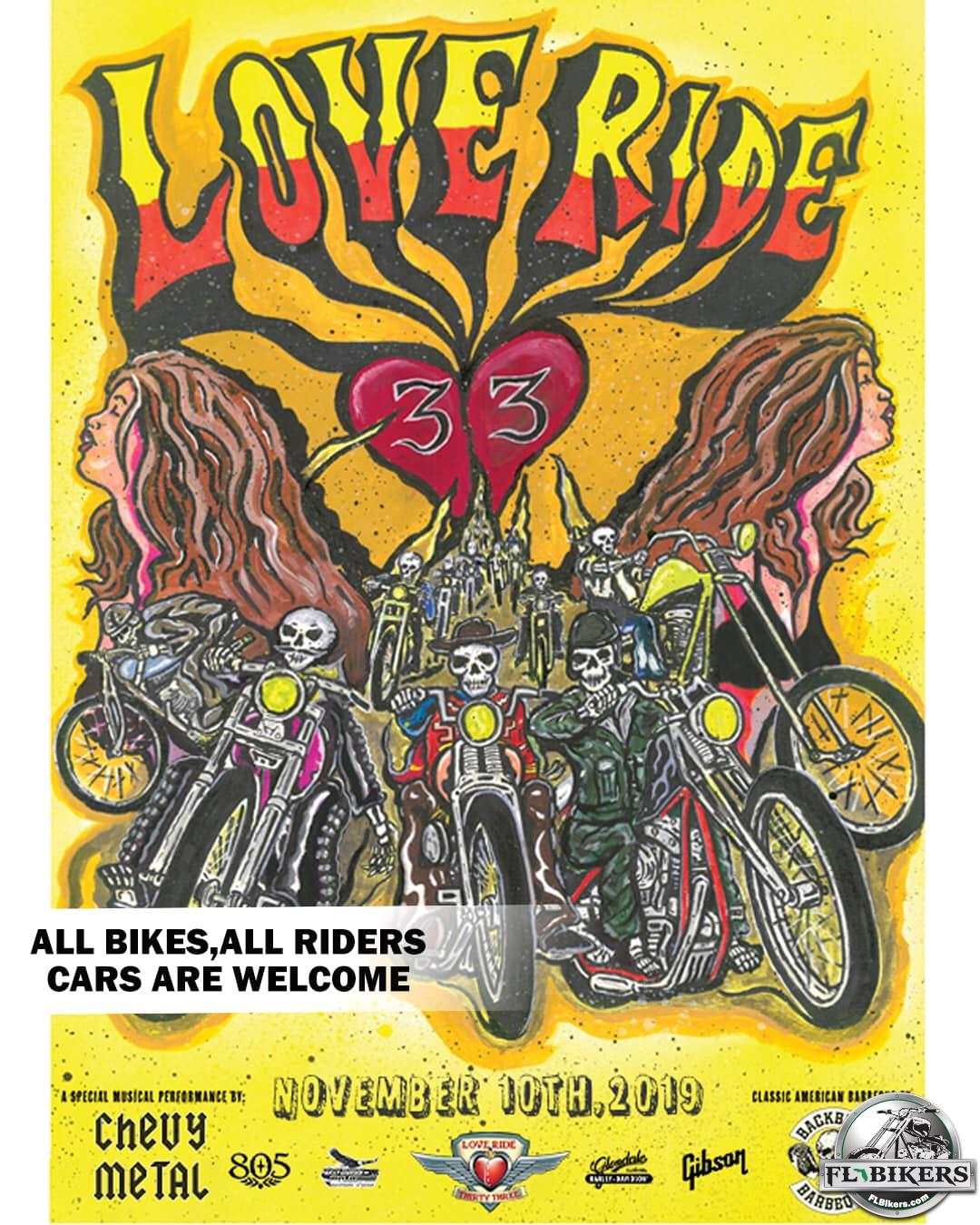 If you’re never heard of the LOVE Ride, the only question you should be asking yourself is what rock you’ve been living under.

Although California’s famous charity event doesn’t take place in February, we figured there’s no better time to delve into the history of the LOVE Ride than right around Valentine’s Day. Who knows? Once the world has gone back to normal, you might even be able to convince your partner that the ride is for couples and get away with planning a trip out to California as your gift to her next Valentine’s day. It’s worth a shot! 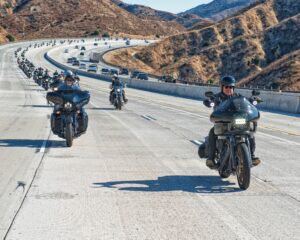 Although, since the ride usually takes place in October, you might only be able to get away with that one once.

If you do try that, be sure to let us know how that goes. 😉 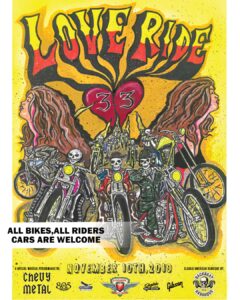 But before you try tricking your girlfriend (or boyfriend, for all you lady riders) into believing the LOVE Ride is all about love, it might be worth it to learn a little more about the world’s largest single-day motorcycle charity event.

A lot of the most famous rallies (Sturgis, Daytona Bike Week, Biketoberfest, etc.) started with a simple goal in mind: to create a space for bikers to get together to celebrate their love of motorcycles, which is great. One of the best parts of riding is the community.

But back in 1981, Oliver Shokouh, the owner of a new Harley-Davidson dealership in Glendale, CA (a small suburb of Los Angeles) had a different idea. HD had recently become a corporate sponsor of the Muscular Dystrophy Association, and Oliver thought a charity event would be a great way to bring out the local biker community, drum up business, and help a good cause all at the same time.

The first year, the event wasn’t anything like what it’s known for today. It was just a small Biker’s Carnival held in the parking lot behind his shop. He made a few thousand dollars that year and considered the event a success. Oliver kept the carnival going for a couple more years. Then, in 1984, he completely reconceptualized the idea and decided to incorporate the ride to the event into the event itself. A few famous celebrities (Peter Fonda, Robby Krieger, and Willie G. Davidson among others) lent their support and talents, and soon the event was taking on a life of its own, becoming a ride, an event, and something like a 1-day music festival. Thus, the LOVE Ride was born. 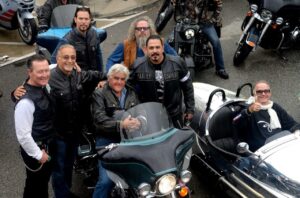 That year, over 500 people showed up, and the event raised more than $42,000 for the Muscular Dystrophy Association.

The Ride continued every single year until 2015. After the 32nd annual LOVE Ride, and after raising over $24million for charity, the organizers decided to “go on hiatus.” No one was certain when – or even, if – the LOVE Ride would ever return.

Then, in early 2019, the 33rd LOVE Ride was announced to the public. It took place in October and motorcycle enthusiasts from all over the world were hopeful that it would return again each year as before.

Unfortunately, most of you can guess how this story ends. We all lived through the crap storm that was 2020, and because of COVID the 34th LOVE Ride was cancelled. The organizers haven’t yet confirmed whether or not the Ride will take place in 2021, but if they are hopeful that if it can’t take place this year, then 2022 at the latest. 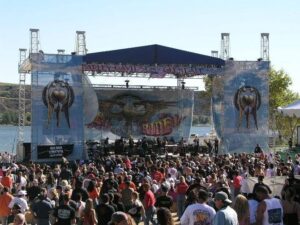 For its reputation as the largest charity motorcycle event alone, we would place it in a list of Top 10 must-experience motorcycle events in the country. Rub elbows with famous celebrities, go on a scenic ride through some of Southern California’s most beautiful landscapes, and end the day with a live concert from some the country’s top artists. If you’ve already done Sturgis and are looking for a new out-of-state rally/ride to experience, we suggest making the ride out to So Cal in October to attend the LOVE Ride.*

*But wait to find out whether it’ll be taking place this year or next.