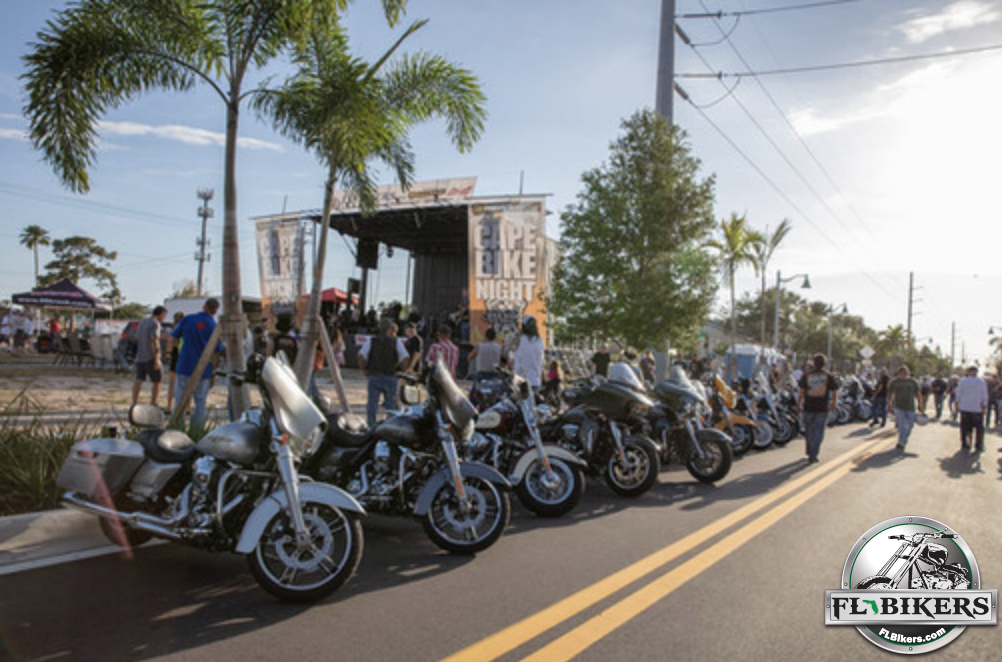 Cape Coral Bike Night Goes Off Without a Hitch!

Cape Coral Bike Night is back and better than ever!

If you were one of the few motorcyclists in the area who missed the event, all we’ve got to say is… your loss. This year’s even was just as big, just as exciting, and just as fun as ever. And coming off of the last year the motorcycle community has had (with events getting cancelled or downgraded left and right) this was exactly what we needed to set the tone for what’s to come.

Even a drizzly morning couldn’t put a damper on people’s excitement and the crowds came out in full force to enjoy a night of bikes, drinking, music, and food.

From vendors to bikers, the one thought on everyone’s mind last night seemed to be “Thank God, things are finally getting back to normal.”

Although, I wouldn’t exactly call the Cape Coral Bike Night normal. Especially not the event they put on this year. It was even better than previous years’ bike nights, with a new addition that everyone seemed to love: “The Coolest Bike in the Cape” Competition.

20 bikes were entered – everything from stock Harley-Davidsons to fully custom bikes. Anyone who believed their bike had a chance to win the prize. The voting took place throughout the night and by the end of it, one bike was crowned the winner. A truly unique, fully customized, hydraulic bike that was clearly the “belle of the ball.” Anyone with two eyes could see that it really was the COOLEST bike in the Cape.

Although many motorcyclists who didn’t know the competition was happening expressed excitement for next year’s bike night and a desire to enter their rides as well. So we’re betting that next year the competition is going to be even steeper.

We spoke to Todd King over at Rockstar Harley-Davidson to find out what the most memorable part of the night had been for him, and I think what he said would resonate with anyone in our community who’s felt too isolated this past year due to not being able to get together and attend events like we could before.

“Just coming off of a year and a half of practically nothing and then all of a sudden the motorcycles come roaring down the street and they’re lining up one after the other. Seeing the smiles on everyone’s faces. Hearing the music and the laughter.”

For a lot people in the motorcycle community, that scene he described from last night’s event feels like home. And I’m sure many who attended the event last night would agree, that’s exactly what it felt like: coming home.

If you plan on “coming home” and attending next year’s event, you can look forward to the Coolest Bike in the Cape Competition coming back bigger and better. They’re also looking to activate additional streets to make the event that much larger and create space for even more vendors. And the last big addition is that they’re considering hiring roaming buskers and street entertainers to attend the event next year. So if you’re walking through the event area, don’t be surprised to see contortionists, jugglers, and other interesting and unique characters performing for the crowds.

And last, but not least, when asked if there’s anything else our readers should know about the Cape Coral Bike Night, King replied:

“Just come and have a good time! You don’t need to own a motorcycle. You can be a motorcycle person and not even own one. Everyone is welcome!”

If 2021’s Cape Coral Bike Night is any kind of indication of what we can expect moving forward, it looks like we’re going to have one heck of a 2022!